The journey to healthy eating began in Laurie’s first pregnancy when her midwife suggested the cookbook, Nourishing Traditions, by Sally Fallon. The book inspired Laurie; she thought it was revolutionary and exciting though totally overwhelming and intimidating. So she started simple, with a high protein and full fat diet. Over time she learned to make crispy walnuts and lacto-fermented foods like oatmeal and cabbage. These simple alterations in her diet assisted her in maintaining low blood sugar levels near the end of her pregnancy and in naturally birthing a healthy baby daughter. 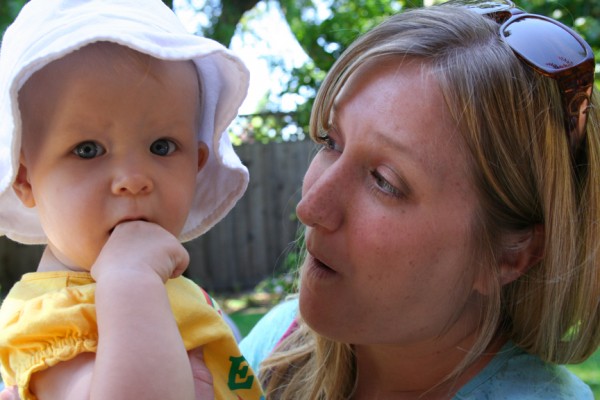 After learning about the damaging effects of highly processed, preservative-filled foods, it was essential that she provide a healthy and nutritious diet for her daughter. After five and a half months Laurie introduced solids, starting with a soft-boiled egg yolk every morning, as described in nourishing traditions. She slowly introduced avocado, yogurt, pears, and applesauce. Eventually Laurie was cooking, pureeing and freezing nutrient-rich, preservative-free, and economically sound foods for her daughter. 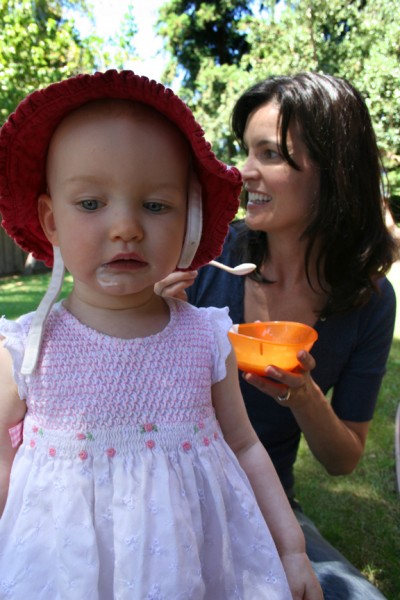 Lisa grew up eating mostly canned, frozen and processed foods.  At nine years old she was diagnosed with asthma and allergies that were only controlled with medications.  Often ending up in the ER with asthma attacks , she had to take  even stronger medications in order to breathe.  At 17 years old, she realized that what is put into the body is going to effect not only the way a person feels but how the body functions in a healthy and proper way. She started a whole foods diet, eliminating certain foods that she noticed made her asthma and allergies worse. That was the beginning of her studies that created her personal philosophy today on health and well being.

Lisa became aware of Weston A Price when she first became pregnant. The nutrient dense foods made perfect sense to her, since she wanted to give her baby the best start possible. Eliminating ‘white foods’ such as sugar, white flour and white rice was and still is hard for her, but the detrimental effects on the baby and herself made her cut back quite a bit. She readily admits to not being perfect though, with a particular fondness for a good chocolate croissant! As Lisa says, “There’s always a choice of what to eat! My goal is to eat more whole foods that are nutrient dense and do the same for my family. So far, it’s easy with the baby…she loves it!”

Finding each other through their midwife, Laurie and Lisa quickly became kindred spirits in developing nutrient rich foods for their babies. They were frustrated to find very few resources on the web to support their vision of developing healthy solid foods for their babies, hence birthing the idea of a blog to share their experiences and to learn more from others. After the sleeplessness of motherhood lessened (or after their bodies adjusted to the new “normal,” they don’t know which yet) time was available for them to turn their idea into a reality.

About the photos: Unless otherwise noted all photographs are ©2010/Tami Weiss

Get ideas for what to feed the rest of the family at our other food blog: